Home / About us
â€¹Return to Previous Page 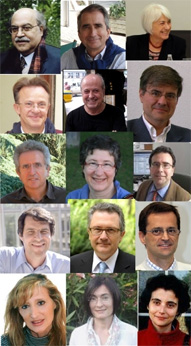 The Spanish Economic Association aims at promoting the dissemination of scientific knowledge in Economics, by organizing congresses, promoting publications and, in general, through any other means leading to that goal.

Its members are primarily academic economists, affiliated with universities and research centers in Spain and in the rest of the world. Anyone who shares its aims can become a member of the Association and there is a reduced fee for students.