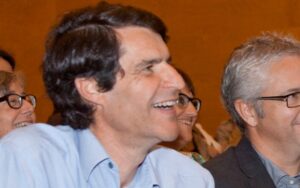 Albert Marcet, former President and Fellow of the Spanish Economic Association, ICREA Research Professor at the Institute for Economic Analysis and AXA Research Chair on Macroeconomic Risk at the Barcelona Graduate School of Economics, has been awarded the prestigious Rey Jaime I Prize in Economics 2016.

Marcet holds a PhD in Economics from the University of Minnesota. He has been Professor at the London School of Economics and at Universitat Pompeu Fabra. In 2011, he was named Fellow of the Econometric Society and he has been Research Fellow of CEPR since 1992

We use cookies to give you the best navigation experience in our website. If you continue to use this site we will assume that you accept it.Ok